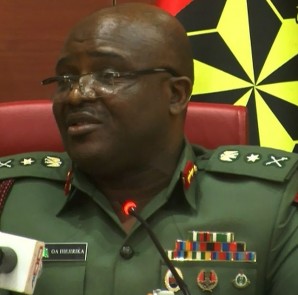 Chief of Army Staff, Lt Gen Azubuike Onyeabor Ihejirika, has given the Nigerian Army the thumbs up for what he described as its efforts at managing internal security in the country despite the activities of extremist group – Boko Haram – especially in the North-east part of the country.
“We have reasons to congratulate ourselves because when we do stock taking; we believe that we have discharged our duties creditably. We have reasons to socialize,” he said.
Ihejirika, who spoke through the General Officer Commanding 81 Division, Major Gen. Obi Abel Umahi at the Nigerian Army Finance Corps West Africa Social Activity (WASA) at the weekend in Lagos, noted that WASA was an activity inherited from the colonial masters to unwind and socialize with families and host communities in an informal way devoid of traditional military theatrics.
Advertisement