Home Entertainment When The Cars Come, We’ll Decide Whether Or Not To Accept Them...
Facebook
Twitter
WhatsApp 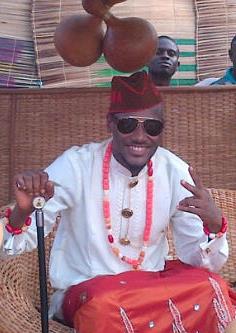 Innocent ‘Tuface’ Idibia on Sunday said he is undecided on whether to accept the now contentious wedding gifts presented to him and his wife – Annie – on Friday by Governor Godswill Akpabio of Akwa Ibom.

It would be recalled that an elated Akpabio had announced at the traditional wedding ceremony of the power couple the donation of two brand new Toyota Prado SUVs as well as the sponsor of 29 delegates from Akwa Ibom State to their star-studded white wedding in Dubai, the United Arab Emirate, UAE, on March 23rd.

The governor was also quoted to have promised to put the deplorable Eket-Ibeno Road in good condition before the next child dedication ceremony of the couple.

But in his reaction to the gifts which have sparked widespread condemnation, Tuface stated that until the promise is fulfilled, he won’t rush to make a decision.

“The governor made a promise, when the cars come, we will decide whether to accept them or not,” the musician said through his spokesperson, Bola Omisore. “We cannot take a decision on the basis of a promise that is yet to be fulfilled.”

The award winning singer’s spokesman also denied knowledge of criticism that trailed the donation and declined to comment when prodded further if it is appropriate for Tuface to accept the gift when the funds used in buying them could be diverted to more judicious use.