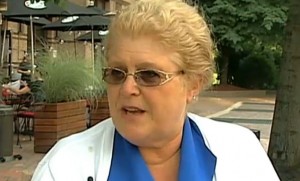 An overweight woman was refused medical treatment after the doctor claimed she is too overweight.

The Massachusetts woman says she is outraged after the doctor turned her away because of her weight.

“She told me she could not take care of me because I was over 200 pounds,” Davidson told the news media.

She says she started this policy because several employees were injured while helping overweight patients, and there are treatment alternatives for those who are obese.

“There is an obesity center at the University of Massachusetts better staffed and have more resources than I do,” said Dr. Carter.

It is unclear what kind of injuries her employees suffered as Dr. Helen Carter could not be reached for comment. Refusing a patient because of their large waistline is not illegal, according to the American Medical Association.

The organization of the Council on Ethics and Judicial Affairs policy states that both patients and physicians are authorized to “exercise freedom in which to enter a doctor-patient relationship.” But medical ethicist Arthur Caplan says doctors should not refuse overweight patients even if permitted.

“I think we have a duty to try to work with people, no matter what their health problems are,” said Caplan. Simply saying, “I’m not going to take someone who is obese,” is, I think, is not the way to address the challenge of obesity, either to that person or to any American.”