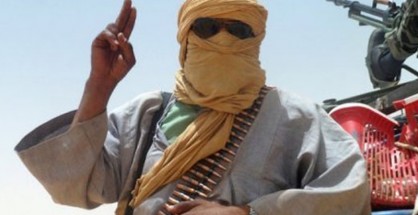 It was a bloody Easter celebration in Ataka village in Kaura Local Government of Kaduna State turned as gunmen, suspected to be Fulani herdsmen, raided the area in the early hours of Sunday, killing over 20 residents.

Several other people who were said to have sustained varying degrees of injuries were taken to unknown hospitals in the area.

Chairman of Kaura local government, Kumai L.J Badun attributed the killing to a vengeance mission by the suspected Fulani herdsmen over the poisoning of two cows at Mafang Village.

However, the  police in  the state said they were yet to ascertain the number of those killed.

Kaduna State Police Command’s Public Relations Officer , DSP Aminu  Lawan while confirming the incident, said  the Area Commander and military operatives were trying  to ascertain the figure of those either killed or injured during the attack.

Lawan said, “There was an attack. Well, people were actually killed but we are still contacting  the Area Commander, who right now is accessing other security agencies, most especially the military, to get the exact figure  of those who lost their lives.

“Our area commander and the zonal commander as well as the military people are already at the place. And they are working hard to get the figure of  those either killed or injured.

“Let us wait and see if  in a short while they will get the figures. The place is called Ataka, just a little bit far away and it is a border town with Plateau State. The place has a difficult terrain.

“The incident , according to what we got, happened in the early hours of yesterday (Sunday), but because of the terrain, the hill and the mountains, definitely,  it would be difficult for the operatives to get to the place. But we are still hoping to get to the root of the incident.

“Our men are already there and they have already taken control of the place.”

He added that the command had commenced investigation into the incident.