The Minister of Power, Prof. Chinedu Nebo, on Wednesday said there would be more power cuts in the days ahead due to ongoing maintenance works on installations across the country. 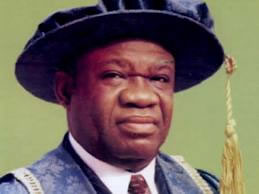 He said, “A few days ago, precisely last week Friday, Chevron shut down its gas plant for maintenance purposes, which was to take place between Friday and Saturday. And the technical crew in the power sector knew about the shutdown and this was in order to make sure that damages are not done before losing the gas entirely.Nebo, while explaining why there was a sharp drop in power supply at a briefing in Abuja, said the country lost 1,112 megawatts of generated electricity in two days due to the shutdown of the Chevron gas plant.

“From time to time, there is going to be shutdown and it happened two times recently between Benin and Osogbo. If you don’t shut down these plants in order to have a safe restarting process, you are going to lose the equipment. Once routine maintenance is done, the process of restarting the machines that were shut down takes some time.”

He said two power stations were affected by the recent shutdown, stressing that the oil company and the ministry’s technicians had to maintain the plants.

The minister added, “That is why between two and three days, we lost some 1,112MW. That means Omotoso and Olorunsogo plants were forced to shut down because there was no gas supply. By design, Chevron has to maintain the gas pipelines and it was so.

“You will notice that from Monday, we started seeing some increase that has stabilised. Right now, we have over 3,300MW.”

Nebo gave an assurance that occasional system failures would be addressed.

He said, “With regards to occasional system failures, we are in the process of reviving the huge section of the transmission machinery, especially the lines that are aged, failing, dilapidated and in need of replacement. We are working on that.

“And for that reason, whenever a significant part of the transmission network encounters serious technical problems, you will experience system shutdown. And whenever you have a serious problem, you must shut down in order to make sure that the system is not overloaded at one end and create problems throughout the entire country.”

The PUNCH had exclusively reported on Wednesday that the nation had witnessed a significant drop in power generation from a peak of 4,517MW attained on December 21, 2012 to 3,443MW on Tuesday.

The minister also said that the meeting with labour unions in the power sector over workers’ final entitlements had been cordial and that very soon, private investors would take over the power companies they bid for.

He also said the issue with Manitoba Hydro International over the management contract for the Transmission Company of Nigeria had been resolved, stressing that the transmission infrastructure had received a boost.

“Manitoba has received the schedule of delegated authority and most issues in the sector have been resolved,” Nebo added.