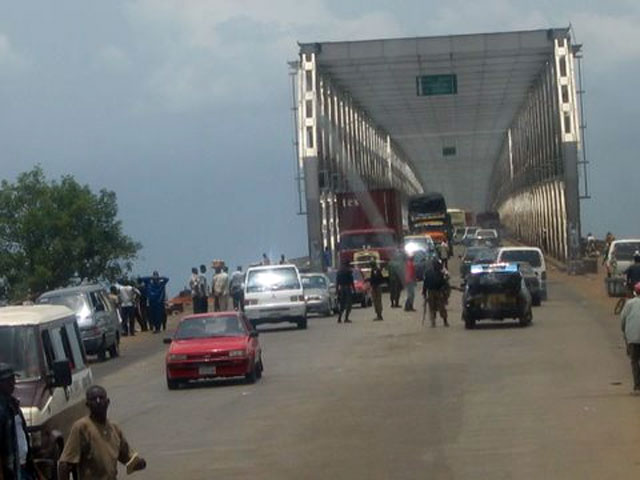 The Federal Government has earmarked a total of N30 billion for the construction of the 2nd Niger Bridge, Minister of Works, Mike Onolememen, disclosed yesterday.

Also, weigh bridges are to be deployed across the country as part of measures to ascertain the weight of goods and materials that are conveyed on roads.

These were parts of the disclosures that were made during the presentation of the Ministry of Works’ performance report to the National Working Committee, NWC, of the Peoples Democratic Party, PDP, by Onolememen and the Minister of State, Ambassador Bashir Yuguda.

In his reaction, National Chairman of the PDP, Dr. Bamanga Tukur, expressed satisfaction with the performance of the minister, even as he described ministers as “representing a very important link between the government and the governed.”

Tukur, however, admonished ministers to “do more” to deliver the dividend of democracy, more so that they are “executors of the manifesto of the party.”

The National Publicity Secretary of the party, Chief Olisa Metuh, described Onolememen as a “showcase for the transformation agenda of the Federal Government.”

Tagged, “Transformation of Nigerian Roads: Progress Report Presented to the Peoples Democratic Party,” Onolememen said that the N30 billion is already there for the construction of the second Niger Bridge, which he said is “undergoing geo-technical survey.”

The amount, he said was the Federal Government’s counterpart funding of the multi-billion naira project, adding that “the ministry has concluded the process for the award of the Public Private Partnership,PPP, and a successful concessioner has emerged, JB-AIIM Consortium.”

As part of measures to ensure the successful completion of ongoing road construction and rehabilitation across the country, “The ministry is currently working out modalities towards the execution of projects with funds from the Export- Import Bank of China.”

More importantly, the works minister revealed that; “The enhanced funding from the Subsidy Reinvestment and Empowerment Project, SURE-P, has helped to reduce the funding gap.”

On efforts made so far to forestall a reoccurrence of the 2012 flood disaster that ravaged Lokoja, the minister said government was on top of the situation.