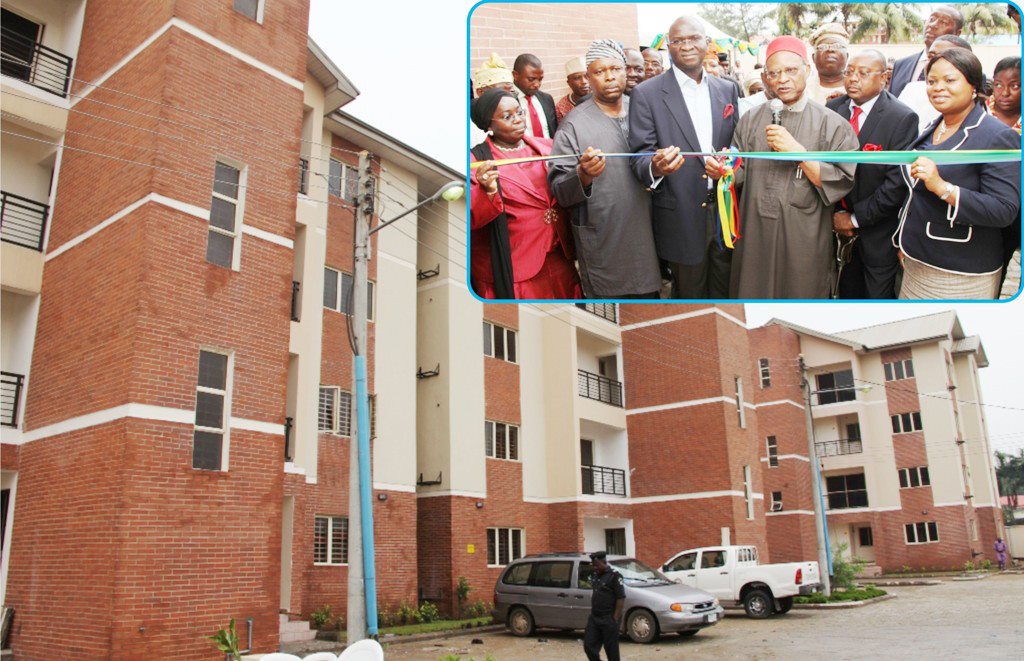 Speaking at the commissioning of the Housing Estate, Fashola noted that the honour was in recognition of Anyaoku’s immense contributions to the development of the Nigerian civil service and attainment of the nation’s democracy.

Anyaoku, who cut the ribbon himself to unveil the estate said, “I am very humbled by this very kind gesture of Lagos State government led by Governor Fashola. To have this housing estate named after me is a great honour that will be celebrated across the Niger and this part (western) of Nigeria.”

Also peaking on the housing estate, the commissioner for Housing, Bosun Jeje, described the project as a major achievement in the state government’s quest to provide decent housing for the people.

He said the estate is made up of 10 blocks, nine of which have eight units of Maisonnettes each, while the 10th block comprises 7 units.

Mr Bosun, who was elated with facilities at the estate, said to make it functional and self-sustaining, complimentary infrastructure such as paved network of roads, car parks, mini water works, electricity and properly landscaped environment have been provided, with perimeter fencing and manned gate houses to enhance security.