Nigerian student, Olaolu Femi, who has been in detention in the Lungask district of Ukrain for about a year after being arrested for attempted murder has been released. He was released yesterday. 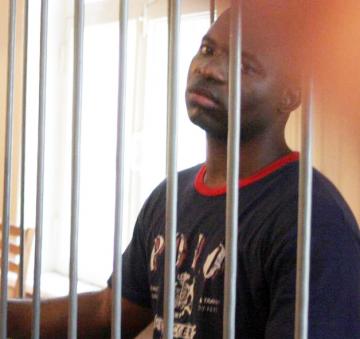 Ukrainian police charged him with attempted murder, but according to eye witnesses, Olaolu was defending himself against six Ukrainian teenagers who attacked him at the entrance to his apartment block last year. Olaolu was said to have managed to get up and defended himself against the assailants with a glass from a broken bottle.

“It was while he was defending himself that police arrived at the scene and the Nigerian was subsequently arrested and charged with attempted murder of five people” a Nigerian embassy staff who had knowledge of the case said at the time.