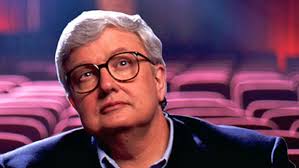 “We were getting ready to go home today for hospice care, when he looked at us, smiled, and passed away. No struggle, no pain, just a quiet, dignified transition,” his wife, Chaz Ebert, said in a statement Thursday.

“I’ll see you at the movies,” were the last words Ebert wrote to his readers. They were published in an essay titled “Leave of Presence” on his blog Tuesday, in which he explained he was planning to slow down and reduce the number of movie reviews he wrote.

“My intent is to continue to write selected reviews but to leave the rest to a talented team of writers handpicked and greatly admired by me,” Ebert wrote. “What’s more, I’ll be able at last to do what I’ve always fantasized about doing: reviewing only the movies I want to review.”

Ebert had already lost his voice and much of his jaw after battling thyroid and salivary gland cancer.

He suffered a hip fracture in December, and it recently led to the revelations about cancer, he said.

Ebert started as the Sun-Times film critic on April 3, 1967, writing about 200 reviews each of those 46 years, he said. The last year however, was his most prolific.

“Last year, I wrote the most of my career, including 306 movie reviews, a blog post or two a week, and assorted other articles,” he said. “I must slow down now, which is why I’m taking what I like to call ‘a leave of presence.”

Ebert, who won a Pulitzer Prize for film criticism in 1975, had a way with words and a sharp wit that is not easily matched.

— About Rob Schneider’s “Deuce Bigalow: European Gigolo” in 2005: “If he’s going to persist in making bad movies, he’s going to — have to grow accustomed to reading bad reviews.”

–Wife Chaz Ebert: “I am devastated by the loss of my love, Roger — my husband, my friend, my confidante and oh-so-brilliant partner of over 20 years. He fought a courageous fight. I’ve lost the love of my life and the world has lost a visionary and a creative and generous spirit who touched so many people all over the world. We had a lovely, lovely life together, more beautiful and epic than a movie. It had its highs and the lows, but was always experienced with good humor, grace and a deep abiding love for each other.

“Roger was a beloved husband, stepfather to Sonia and Jay, and grandfather to Raven, Emil, Mark and Joseph. Just yesterday he was saying how his grandchildren were ‘the best things in my life.’ He was happy and radiating satisfaction over the outpouring of responses to his blog about his 46th year as a film critic. But he was also getting tired of his fight with cancer, and said if this takes him, he has lived a great and full life.”

May his soul rest in peace, Amen!!!