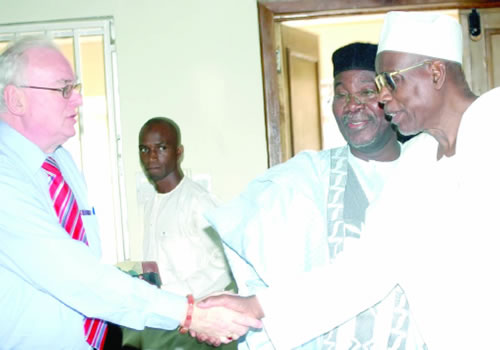 The Arewa Consultative Forum (ACF) has kicked against the call for a Sovereign National Conference (SNC) to deliberate on issues bothering on the continued existence of Nigeria, saying holding such a confab would rubbish our democratic institutions.

National Publicity Secretary of the Forum, Anthony Sani, who made this known in Kaduna on Wednesday while receiving the Irish Ambassador to Nigeria, Mr Patrick Fay to the Secretariat of the ACF, said some people were talking about SNC but the ACF saw it as unnecessary because there was already a democracy in place in the country.

According to him, “they are calling the different nationalities in the country to come out and discuss our problems, that would be passing a vote of no confidence on the democratic institutions in the country and we don’t want to do that. We have said time without number that the problem of Nigeria is not with structure but the attitude of the people, we should not deceive ourselves that by convening an SNC with all the ethnic nationalities will solve our problems.”