A woman has been detained in San Diego after attempting to steal a 120-foot research vessel while scientists were sleeping aboard the boat. 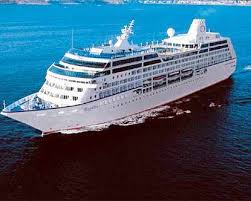 The woman, whose name has not been released, was seen untying the dock lines of a research ship called “New Horizon” around 2 a.m. on Tuesday by a security guard. The guard detained her until police arrived on the scene. “The female had gone over the fence and was attempting to untie the dock lines from one of their research vessels,” San Diego police Lt. Mark Bennett told UT San Diego. “She was apparently suffering from mental distress and was looking to get back to South Carolina.”

The 120-foot vessel is owned by Scripps Institution of Oceanography and the National Oceanic and Atmospheric Administration and docked on property owned by the agency. Despite the presence of guards, the woman was able to access it by jumping over a fence.

The woman has not been charged. Instead, officers turned her over to County of San Diego Mental Health, KSWB-TV reported.