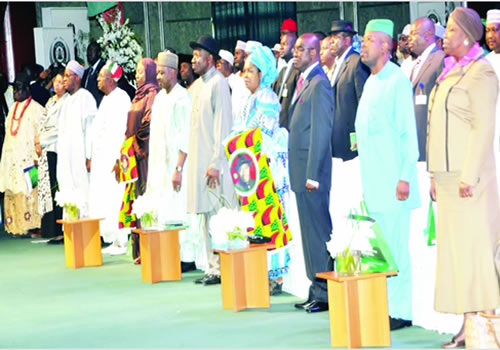 The Action Congress of Nigeria (ACN) has replied President Goodluck Jonathan on his statement that Nigerians should develop their own marking scheme and assess his administration insisting that there is no need for a ‘marking scheme’ as people know when a government has impacted positively on their lives or not.

National publicity secretary of the party, Alhaji Lai Mohammed, who made the party’s position known in a statement in Ibadan, on Thursday said, “Mr. President, Nigerians need no marking scheme to know that the rate of unemployment went up, under your watch, to an unprecedented 23.9 percent by December 2011, according to figures given by the National Bureau of Statistics (NBS).

“Today, the figure must be hovering above the 50 percent mark. Mr. President, Nigerians need no marking scheme to know that under your watch, security of lives and property, as well as the welfare of the citizens – the raison d’etre of any government – are at the lowest ebb. A day before you demanded a marking scheme from Nigerians instead of giving them better life, a popular musician was attacked by a nine-man gang that snatched his car and deprived him of his money in the country’s economic capital city – the fate being suffered daily by millions of your compatriots,” he said.

“Mr. President, what marking scheme does one need to know that despite the seemingly impressive economic figures being reeled out by your administration, the average Nigerian is worse off today than he or she was before you assumed office? What we are seeing is growth without development. The so-called 6.5 percent economic growth announced by your Finance Minister is meaningful only on paper. How does that help the thousands of university graduates who are scrambling to work as truck drivers? How does it make Lagos-Ibadan expressway or the East-West road safer for Nigerians?”

While urging President Jonathan to shut his ears to praise-singers, the party said it is never too late for him to put his shoulder to the wheel, shun the political jobbers around him, reinvigorate his cabinet by chasing away the deadwood there – though some of them come highly recommended on paper – and giving Nigerians a more purposeful governance.

The statement added that “When that happens, you will not need to waste valuable time on lecturing your much-sapped compatriots on how to assess your administration, and you would have succeeded in rending those seemingly implacable critics of yours in the media and the opposition jobless.”