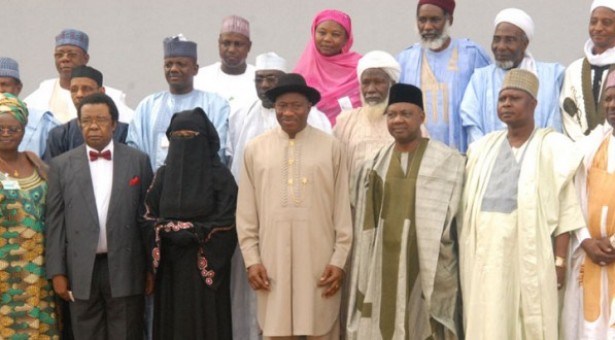 The Presidential Committee on Dialogue and Peaceful Resolution of Security Challenges in the North, has denied media reports that it met with alleged Boko Haram kingpin, Kabiru Sokoto, in Kuje Prisons.

The Committee, in a statement yesterday, said while it is true that they visited the Kuje prisons and met with the Prison officials, they never held any discussions with Kabiru Sokoto.

The statement which was signed by the secretary to the Committee, said: “While indeed, the Committee did visit Kuje prison and met with officials and some of those detained there, at no point did the committee state that it saw Kabiru Sokoto, let alone hold discussions with him during the visit.

“The Committee does not consider Kabiru Sokoto a sufficiently significant figure in the hierarchy of Ahlul Sunnah Lil Da’awa Wal Jihad, to warrant such a special attention to him.”

The statement therefore described media reports that the Committee lied when it said it had discussions with Kabiru Sokoto as part of efforts to restore peace in the North, as false and a deliberate act of mischief intended  to discredit the committee’s work.