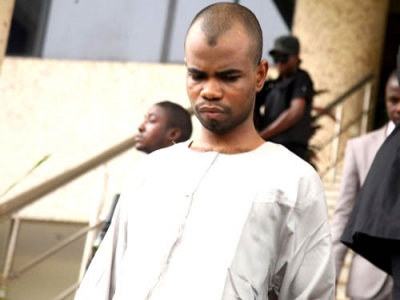 The alleged mastermind of the 2011 Christmas day bombing of St. Theresa’s Catholic Church in Madalla, Niger State, Kabiru Sokoto, Monday denied meeting with members of the Presidential Committee on Dialogue and Peaceful Resolution of Security Challenges in the North.

Members of the committee, who are working on how to bring the Boko Haram sect and Federal Government to the negotiating table, reportedly had a meeting with Sokoto and other suspected members of the sect currently being held in Kuje Prisons, Abuja, on Thursday.

Chairman of the committee and Minister of Special Duties, Kabiru Turaki, reportedly led the amnesty panel to the meeting.

However, speaking through one of his lawyers, Mr. Sharif Okoh, Sokoto denied meeting the committee.

Okoh who was speaking to journalists shortly after an Abuja Federal High Court, presided over by Justice Adeniyi Ademola, adjourned hearing in the ongoing trial of Sokoto over a two counts charge bordering on terrorism, noted that his client was in court all through the day (Thursday, May 9, 2013), when the said meeting held.

Okoh also pointed out that Sokoto was being held in the custody of the State Security Service, and not in the Kuje Prisons as claimed by the amnesty committee.

Okoh said, “We were here (in court) with our client when the members of the committee told the whole world that they visited Kabiru in Kuje prison.

“We (counsel) have asked him and he has said again and again that no member of that committee or any other committee visited him.

“So that means that these honourable members of the Nigerian society (amnesty committee members) are telling lies about something that they initiated.”

Earlier, during the continued hearing in the trial, the presiding judge, Justice Ademola had expressed surprise at how the amnesty committee met Sokoto on Thursday when he was actually in the court throught on that fateful day.