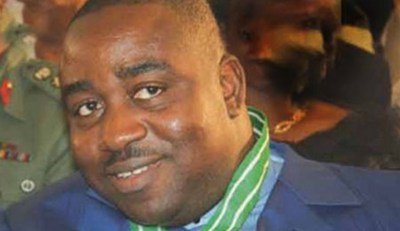 Following a renewed attack by Fulani herdsmen in Agatu Local Government Area of Benue State Monday, which left about 40 persons feared dead at a funeral ceremony of one of the slain Police officers in the crisis at Alakyo village of Nasarawa State, the herdsmen have said the attack was necessary to rescue their cows taken by the Agatu people.

Information Nigeria reports that eye witness accounts told how the mourners who had just buried the slain police officer whose remains were brought from Nasarawa State at the early hours of the morning and were praying and singing dirges in honour of the slain policeman, were suddenly attacked by the Fulani herdsmen who came in their numbers.

In the ensuing milieu occasioned by the sporadic shooting of guns by the herdsmen, 40 persons were purportedly killed while several others, who escaped, sustained varying degrees of injuries.

However, the secretary of Miyetti Allah Cattle Rearers Association in Benue State, Mr. Garus Gololo in his reaction, admitted the herdsmen carried out the attack but added that it was in a bid to recover their about 550 cows seized by the Agatu people.
Gololo, who spoke  on phone to journalists noted that the herdsmen valued their cows more than anything else and accused the Agatu people of being economical with the truth.