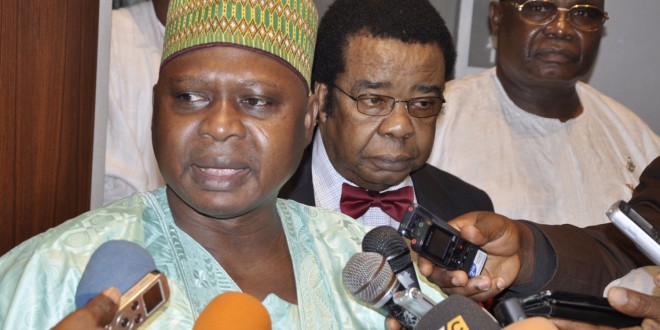 In its on-going efforts at attaining sustainable peace, the Presidential Committee on Dialogue and Peaceful Resolution of Security Challenges in the North yesterday visited Kaduna where they met with some Boko Haram suspects, victims and carried out an on-the spot assessment of bomb sites in the state.

Chairman of the committee, who is also the minister of special duties and inter-governmental affairs, Tanimu Turaki (SAN), led other members to the Armed Forces and Staff College (AFSC), Jaji; Saint Andrew Protestant Church, Jaji; and Saint Rita Catholic Church, Ungwa Yero, all in Kaduna which witnessed bombing incidences.

The committee later entered in to a closed-door meeting with the Boko Haram suspects.

Meanwhile, at the AFSC, Jaji, a mild drama played out when the committee was told by an officer that the commandant could not see them because he was in a meeting with the permanent secretary of the Ministry of Defence.

Although the visit was unscheduled, an angry Turaki demanded that the commandant must see them, as they were on a presidential assignment.

“This is rubbish. How can he not see us because he is attending to a permanent secretary. I am a minister of the Federal Republic of Nigeria and we are on a presidential assignment,” he said.

The commandant, Air Vice Marshal Eko Effiom Osim, tendered an apology to the minister and his entourage.