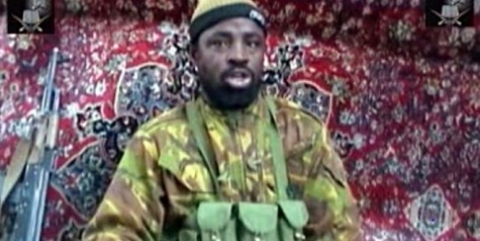 The Defence Headquarters (DHQ) on Tuesday said a terrorist believed to be a close associate of Boko Haram insurgents’ leader Abubakar Shekau, has been found dead.

A statement issued in Abuja and signed by Brig.-Gen. Chris Olukolade, the Director of Defence Information, said the deceased was believed to have died while running errands for Shekau.

The statement, which was salient on the true identity of the dead terrorist, said two other terrorists, one of which was confirmed to be a Nigerien, are now in the custody of the Multinational Joint Task Force.

It said the three terrorists were in the process of crossing the border to neighbouring Niger Republic through the Lake Chad.

“They have been confirmed to have operated in Baga and participated in perpetrating arson and other atrocities around the vicinity of the town.

“They have been relocating from place to place since they left Baga last month,” it said.

The statement added that more troops of the Police Mobile Force have joined the operations as more towns are being secured in the operations to rid the nation’s territories of terrorist activities. (NAN)