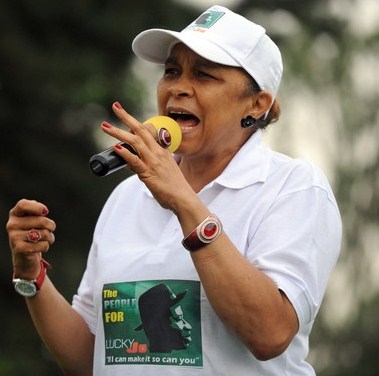 The Ijaw Republican Assembly in the South-South has welcomed the proposal for a single tenure of six years for the President and state governors in the ongoing review of the 1999 Constitution as long as it comes in to effect in 2019 after President Goodluck Jonathan might have served his second term in office.

The group’s spokesperson – Ms Annkio Briggs, said that the only way Ijaw people could support the single tenure agenda in 2015 was if Jonathan would benefit from it.

“If it starts in 2015, that means Jonathan will have to do six years instead of four years. If that is the way they want it, they should hurry up, it is good.”

Briggs stated that nobody could stop Jonathan from contesting the 2015 presidential election, whether or not the six-year single term plan was adopted. “They cannot make a law and bend it when it comes to Jonathan,” she added.