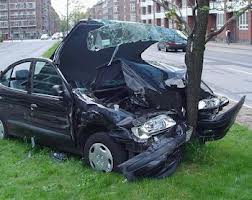 Police in Ohio said they arrested a man charged with child endangerment for allegedly allowing his 9-year-old daughter to drive a car, which she crashed.

The Lake County Sheriff’s Office said Jaron McGee, 23, allowed his 9-year-old daughter to drive the 1998 Honda in the parking lot of Headlands State Park Sunday while he rode in the passenger seat, The Smoking Gun reported Monday.

The girl crashed the vehicle into a tree after “achieving excessive speed.”

Investigators said McGee and his daughter were not injured in the crash.

McGee was arrested on a child-endangerment charge, and authorities said he was found to be wanted on felony and misdemeanor warrants in other jurisdictions.