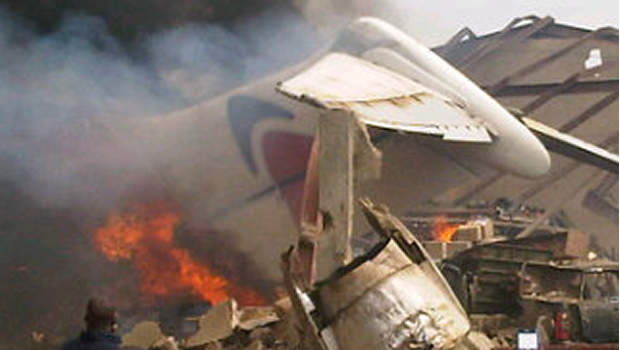 The Minister of Aviation, Stella Oduah,  on Thursday said that legal tussle and lack of proper documentation from the families of the Dana plane crash victims delayed the payment of compensation.

Ms. Oduah spoke at the 2013 Aviation Safety Week in Abuja.

She said there was speedy process to ensure that all the families of the victim of the June 3, 2013 crash got their claims. She said that the Nigerian Civil Aviation Authority, NCAA, was working with the airline on the compensation, adding that some families had been paid.

The minister said that the airline had paid more than 30 per cent of the claims. She said that the ministry and other stakeholders would not rest until every claim was verified and all families fully compensated in accordance with the law and existing regulations.

Ms. Oduah said stakeholders had been working round the clock to ensure the timely payment of the claims to the families. She said Lagos State granted waivers on the mandatory requirements for the processing of claims to lighten the burden of bereaved family members.

The Dana air mishap of June 3, 2012, claimed the lives of 153 people on board the aircraft as well as about 10 victims on the ground.

Ms. Oduah said that the Accident Investigation and Prevention Bureau, AIPB, would soon release the final report of the cause of the crash.

She said that the Federal Government would erect a memorial cenotaph at the Nnamdi Azikiwe International Airport, Abuja, to commemorate the first anniversary of the incident.

Ms. Oduah said the ministry had implemented the recommendations by the Technical and Administrative Review Panel on Domestic Airlines, TARPDA.

TARPDA was set up by President Goodluck Jonathan to investigate the cause of the plane crash and advised the government on ways to curb future occurrence.

The Special Adviser to the President on Aviation Reform, Ann Ene-Ita, said safety is paramount to the industry. She said that the government would not relent on ensuring that aviation achieved safety in Nigeria.

All the heads of agencies under the ministry also promised to keep working on the safety in the industry.