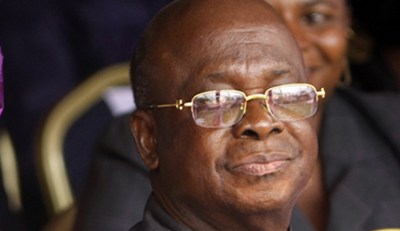 Elechi, who was addressing people of the state at the Democracy Day celebration held in Abakaliki, spoke on “The imperative of freedom in a Democracy,”.

He said democracy did not give Nigerians the freedom to abuse those in power.

He said: “It is regrettable that for some uninformed or uncharitable minds, freedom has degenerated to licentiousness both in utterance and in behaviour, leading ultimately to substantial abuse of freedom.

“The way the President is abused, forgetting the dignity of his office and what he means to the country, is a sad reminder that some of us do not either know the meaning of freedom or have forgotten the journey that brought us so far.

“Public institutions and offices, in so far as they represent the public will, deserve to be respected and, through constructive criticisms, be enabled to flourish. This is our permanent task as citizens of a freedom nation.

“There is also a backward slide in the display of honesty as corruption is taking the centre stage in public life.”

Elechi, however, advised Nigerians to follow in the foot steps of the nation’s forefathers.

He said: “If, from a very harsh background and from challenging beginning, our forefathers laboured so honestly to bring us to where we are today, then we of the present generation has no excuse for a backward slide.”

Elechi also announced that local government council elections will hold in a few months’ time but added a warning, “Let our political gladiators know that this administration will go any length to ensure prevalence of peace borne out of the imperative of the peoples’ right to freedom.”