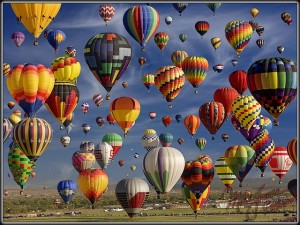 Another 18 people were injured from the crash in the tourist region of Cappadocia, Turkey’s semi-official Anadolu news agency reported.

Ahmet Tetikci, spokesperson for the town of Ortahisar, said that one balloon struck the other balloon from the top, and the second balloon went down.

Everyone on the balloon was injured, including nine seriously.

Tetikci said the nationality of the deceased was not immediately known.

Cappadocia is a major tourist attraction with a booming hot air balloon industry.

The crash is the latest in a string of hot air balloon accidents this year. In March, pro football player Donte Stallworth was among two people injured when their balloon crashed into power lines in Miami.

And in February, a gas explosion caused a balloon to plummet from the sky in Egypt, killing 19 people in deadliest balloon crash in decades