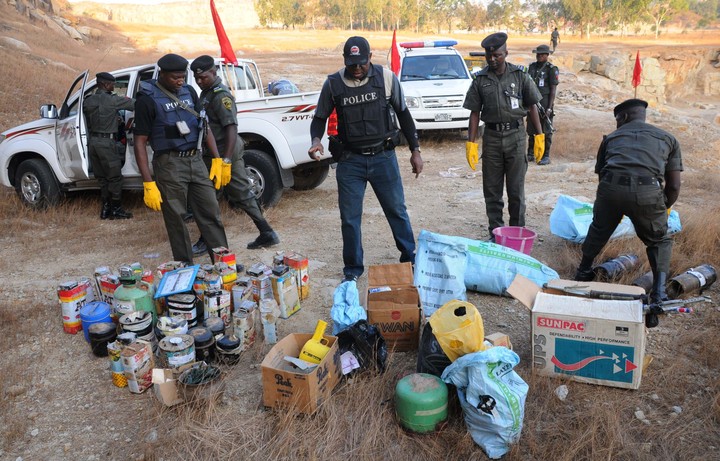 According to the head of Police Anti-bomb Squad of the Federal Capital Territory, OC Adigun Tajudeen, Nigeria has experienced 400 bomb explosions, from 2010 till date.

Tajudeen, who maintained that the Nigerian Police had always been on top of all the insecurity challenges in the country, however, lamented the dearth of concrete evidence from the 400 explosions.

Speaking at a lecture and simulation exercise put together by the North Central zonal office of the National Emergency Management Agency, NEMA, on experience sharing on mass casualty handling resulting from Improvised Explosive Devices (IED), Tajudeen said that often, people rush to the scene of explosions before any security agent thereby tampering with evidence.

According to him, “from 2010 till date, we’ve had over 400 bombings in Nigeria and no one has been able identify concrete evidence. When we attend world forum, we only present few evidence, which is not good enough.”

However, with the spate of attacks with IEDs, which have claimed many lives and destroyed valuables across the country, Tajudeen insisted that Nigerians must cultivate the habit of staying away from such scenes so that security agents can do their work properly.

“We are well prepared. If you watch our police incident at our Police Anti-Bomb Squad, you will agree that we have a prudent record, especially now that we are having these situations in the North-Eastern part of the country,” he said.

“We have been very serious in these acts, and several IEDs have been recovered and post-investigation carried out, and results have included bomb signatures.”