No fewer than 55 persons lost their lives on Tuesday in a brazen attack by suspected Boko Haram militants on separate security formations in the north eastern town of Bama, Borno State, military and police officials have said. 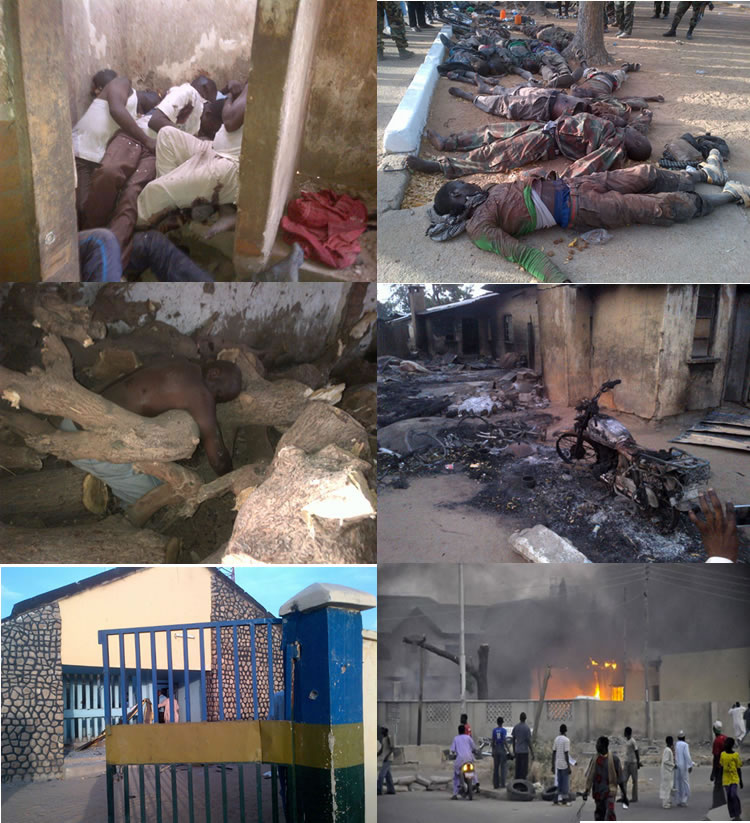 “Suspected Boko Haram terrorists today (Tuesday) at about 5.00 a.m., about 200 Boko Haram terrorists in 18 seater buses and Hilux Vehicles mounted with anti aircraft machine guns, attempted to attack 202 Battalion Barracks in Bama. 10 Insurgents were killed during an exchange of fire. We lost 2 soldiers during the attack.

“They came in army uniform pretending to be soldiers but we were able to detect them.”

“The Boko Haram terrorists also killed 14 Nigerian Prison Officials at about the same time this morning. A total 105 inmates were also freed by the terrorist” Musa told reporters.

The militants also burnt down a police station and police barracks  as well as a local magistrate court and Bama Local Government Secretariat.

Some of the buildings were still on fire as of the time repoters visited.

Confirming the death toll, Police Area commander in Bama town, Alhaji Sagir, told reporters that the Divisional Police station and police barracks were attacked, while “22 police officers lost their  lives, three children  and a  woman were also burnt to death.”

Sagir said the police and other security operatives “are  still patrolling the nooks and corners of the town to ensure normalcy.”