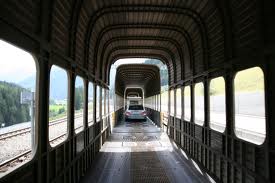 Transport officials in the Czech capital said Prague’s trains will soon offer cars geared exclusively toward singles seeking to meet a special someone.

Ropid, Prague’s transport company, said the details of the scheme are still being worked out, but the idea is to have designated train cars for singles seeking to meet a special someone without having to sacrifice the time demanded by their jobs, the British newspaper The Daily Telegraph reported Friday.

“In the metro you can already read and learn, so why not find a partner?” Ropid spokesman Filip Drapal said. “We want to make life more pleasant. People today have no time to meet.

“We do not know yet whether the dating car will be the last carriage on each train and whether it will work day a week or one an hour,” he said. “We need to do some fine tuning.”

Officials said they are conducting surveys of commuters to determine the interested age groups and the best time to operate the cars.