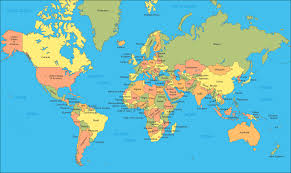 A Chinese man who was abducted as a child about 23 years ago said he was able to find his family with the help of Google Maps.

Luo Gang said he was abducted at age 5 near his school and raised by adoptive parents in Sanming, Fujian province — and all he could remember about his hometown was that it had two bridges, The Daily Telegraph, Britain, reported Friday.

Luo said he posted about his desire to find his biological parents on a Chinese website aimed at reuniting families with missing children, and a contributor replied with information about a Sichuan province couple who lost their son 23 years ago.

Luo said he used Google Maps to research the possibility and found the two bridges he remembered from his youth in Sichuan’s Linshui county.

Luo said he was overjoyed to be reunited with his parents, Huang Qingyong and Dai Jianfang, who had since adopted a daughter.

The parents told Leo of his original name, Huang Jun.

“I felt heartbroken. I couldn’t eat or sleep and I cried every day thinking my son was missing and didn’t have enough food or clothes out there,” Dai said of her son’s disappearance.