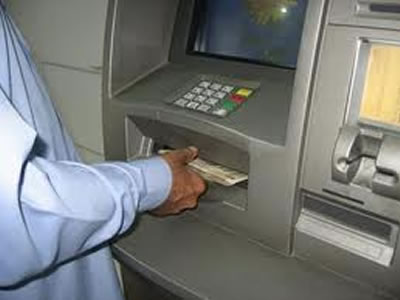 Going by the outcome of an investigation by Nigerian Tribune, some banks’ Automated Teller Machines (ATMs) now dispense counterfeit currencies, particularly the N1000 notes, which is the highest denomination in circulation.

The report cited a drama that played out last week in Lagos when a customer who withdrew money from an old generation bank went to another bank few metres away to deposit part of the money but was shocked when the cashier informed him that some of the N1000 notes were fake.

All efforts to explain the source of the money were ignored as the cashier and customers in that bank confirmed that the development was fast becoming a trend.

In yet another instance of ATMs dispensing fake N1000 notes, a victim narrated how he withdrew some amount of money from an ATM in Ibadan in order to make some deposit in his office but was confounded when a cashier there told him that two of the N1000 notes were fake.

Efforts to get a response from the affected banks proved abortive as they claimed ignorance.

Mr. Okechukwu Amadi, a financial analyst and Chief Operating Officer, Twinsronk Consulting, noted that the use of ATMs changed the face of banking in Nigeria and called on the Central Bank of Nigeria (CBN) to take bold steps to halt the ugly trend.

“I have it before but I thought it was all a rumour. One can understand the use of fake currency in public place certainly not in the bank. CBN and banks must put measures in place to stem it or else, people will lose faith in the ATM technology,” he said.