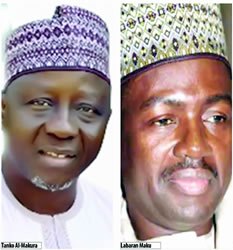 Fresh facts have emerged that intense power-play and battle for the soul of Nasarawa State between Governor Tanko Al-Makura and the Minister of Information, Labaran Maku, was the motivating force behind the killings, counter-killings and upsurge of violence in the state of recent.

Information Nigeria gathered that the Ombatse militia group which killed scores of security agents last week during an ambush is the front for the majority Nassarawa Eggon people who are more than ever before determined on producing the next governor of the state.

The Eggons are said to be consolidating their hold on the majority through the Ombatse group ahead of 2015, just as those opposed to their aspiration and sympathetic to the cause of Al-Makura are reportedly plotting to weaken and destroy the group before the next elections.

It would be recalled that Ombatse was proscribed in the state after its shrine located at Alogani village was raided in late 2012 by the police; a move that ended peacefully and was proceeded by peaceful demonstrations by Eggon people across the state.

It was gathered that the state governor was then barred from visiting the shrine.

Following last year’s raid, it was learnt that the pro-Al-Makura/Muslim group and pro-Ombatse group stepped up their schemes with the Ombatse group pushing for the candidature of their son, Maku, as a replacement for the incumbent governor.