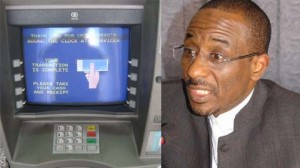 Lemo said the states and the FCT were chosen because of the large volume of cash transactions in some of their major cities. He explained that in order to achieve the target, the apex bank and lenders had already drawn a road map, which is being strictly followed.

“We are ready to roll out to the six other states and there would be no change in date. We are not shifting the goal post. We have a road map, which is being followed and we are fully prepared,” he said.

The cashless policy, whose implementation began in Lagos in January 2012, is aimed at reducing the dominance of cash in the system. The policy specifies penal charges for individuals and corporate organisations that want to withdraw or lodge cash above prescribed limits.

Under the cashless policy, the CBN pegged the daily cumulative cash withdrawal or deposit limit for individual accounts at N500,000 per day and N3 million per day for corporate accounts.

“When we talk about nationwide roll-out, we are also being careful to ensure that we make use of resources in a smart way. Cash doesn’t flow in the same volume in every state of the federation. What we would do in July is to look at those other market clusters where large amount of volume is transacted and add them to Lagos,” Lemo said when the first phase began last year.