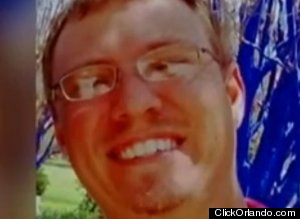 A Florida high school teacher was suspended for three days without pay for touching a female student with a banana.

Jonathan Hampton, a former Teacher of the Year at North Marion High School in Marion County, Fla., was accused of rubbing the banana over the student’s head and neck during a Freudian psychology lecture, the Orlando Sentinel reported.

The incident happened three months ago. The student’s parents reported it May 6, saying that it crossed a line.

Hampton’s attorney, Mark Fiedelholtz, who is also his stepfather, said the banana was part of his client’s lunch and that he only tapped the student to get her attention.

“There was nothing else to it,” Fiedelholtz told Ocala.com, adding no student in the class complained about the incident during the months afterwards.

Still, the school district concluded that the teacher-student contact warranted the reprimand and suspension for professional misconduct even though “Freudian” discussion is part of the curriculum in the college-level course, spokesman Kevin Christian told the website.

“That is disgusting, very disgusting,”Johnson, a grandmother at the school, told ClickOrlando.com.

“I don’t think he should be allowed to teach kids. You don’t do stuff like that and get away with it.”