Michael Jackson spent nearly $35 million in a desperate bid to cover up his crimes after he molested at least 24 boys, according to an explosive report published Saturday.

Jackson allegedly was once caught groping a famous child star and watching pôrnographic films while molesting another boy.

He allegedly fondled a third boy in his private theater as the victim’s clueless mother sat only a few rows away, according to the purported FBI files. 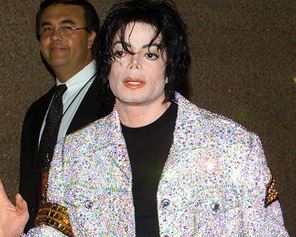 Jordan Chandler (right) and his family received $20 million to keep his inappropriate relationship with the pop star quiet, according to the Sunday People report.

The documents – identified as case numbers CADCE MJ-02463 and CR 01046 — were apparently never turned over to prosecutors in the sensational 2005 trial that cleared Jackson of molestation charges.

In a twist, the bombshell files dating to 1989 were assembled by private eye Anthony Pellicano, who Jackson hired to make sure the skeletons in his closet stayed out of the spotlight.

Pellicano is now in prison, serving a 15-year sentence for racketeering and wiretapping in an unrelated case — but one of his ex-associates opened up to Sunday People.

“I was hired by him to find out where the fires needed putting out and, in this case, where allegations would be coming from,” the unidentified sleuth said.

Private detective Anthony Pellicano was supposedly hired by Michael Jackson to collect and bury the musician’s secrets. Pellicano is currently in prison on unrelated racketeering and wiretapping charges.

“But I have never worked on a case with as many potential claimants as the Jackson case.”

The Daily News obtained FBI files on Jackson in 2009 under the Freedom of Information Act. Those files contained no mention of the sordid documents obtained by Sunday People.

Calls to the FBI on Saturday went unreturned.

The Pellicano files identify a total of 17 boys — including five child actors and two dancers — that Jackson is said to have preyed upon.

Though he denied it to the grave, a shocking report in Sunday People portrays Michael Jackson as a serial molester and child pôrn addict.

Jackson’s other alleged victims include a European boy and the sons of a screenwriter.

The family of one of them, a well-known young actor, received nearly $600,000 “to refrain from any and all contact with media and communications, newspapers, television, radio, film and books,” the newspaper reported.

The Neverland Ranch was where Wade Robson alleges he was molested by Michael Jackson.

The files also include interviews with former Jackson aides who claim the pop king was obsessed with child pôrn.

“Our reports painted the picture that Jackson was a serial child predator,” the Pellicano associate said.

The $35 million payout includes a nearly $20 million settlement to the family of Jordan Chandler, a 13-year-old boy the singer had befriended.

Word of the massive payout comes days after one of Jackson’s longtime defenders, Wade Robson, filed a lawsuit against the singer’s estate that claims he was molested as well.

A former child pal of Jackson’s and now a choreographer to the stars, the 30-year-old Robson says he was repeatedly abused during visits to the Neverland Ranch during the 1990s.

The abuse started when Robson was 7 and continued until he was 14, the paper reported.

The fresh accusations have emerged during a dark period for the Jackson clan.

And a wrongful-death trial in Los Angeles pitting Jackson’s mother, Katherine, against concert giant AEG Live has forced Jacko’s family to relive the day he was found dead of a drug overdose in June 2009.