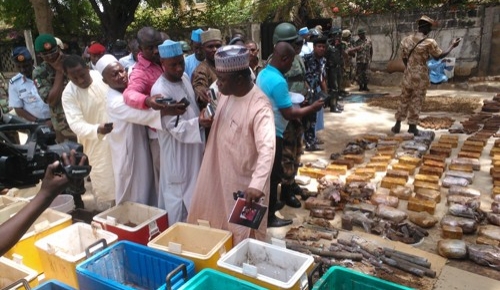 Checkpoints dismantled two weeks ago by the Police in Kano, have returned following discovery of arms caches by the Joint Task Force in the city on Monday.

The check points in Sabongari and Fagge Police stations as well as that of Audu Bako Road returned on Thursday afternoon.

ASP Magaji Majiya, the Police spokesman in the state, said the lifting of the check-points was the initiative of the Commissioner to relieve residents of the hardship encountered during their daily commuting.

‘’The Commissioner saw that peace was gradually returning with the inter-agency collaborations and seeing that some of these places are high commercial areas, he decided to ease the difficulties.’’

The discovery of assorted arms and ammunitions in a house in Bompai, near the Kano Force Headquarters on Monday, may have led to the rethink on the check points. (NAN)