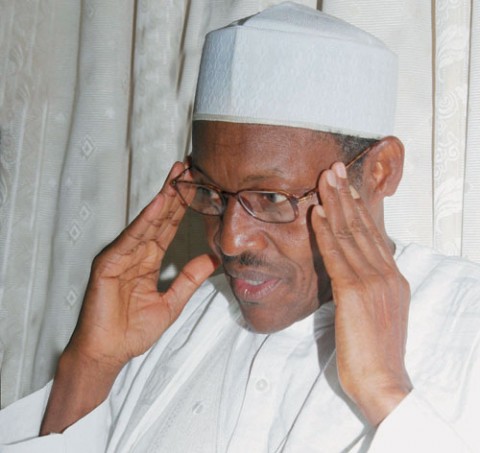 Confusion has trailed the visit of General Muhammadu Buhari to Bauchi for the wedding ceremony of former Vice President Atiku Abubakar’s son, Mohammed and former Bauchi State governor – Ahmed Mu’azu’s daughter, Badariyya, on Saturday as it has emerged that the former head of state was purportedly ‘tricked’ into missing the wedding by officials of the state government.

The high profile event was attended by dignitaries from across Nigeria including former head of state General Abdulsalami Abubakar, Bauchi State governor, Malam Isa Yuguda; PDP national chairman, Bamanga Tukur; business mogul, Aliko Dangote; Speaker Aminu Waziri Tambuwal and Minister of Finance Dr. Ngozi Okonjo-Iweala among others. But Buhari was conspicuously missing although he was in the state.

Chairman of the Congress for Progressive Change, CPC, in Bauchi State, Alhaji Aliyu Saidu while narrating what happened said: “a day to the wedding we received a phone call from General Buhari that he will visit Bauchi because he was invited to the wedding at the Emir’s Palace in Bauchi.

“General Buhari said he wanted a low profile visit since it was private. He arrived Bauchi airport in a chartered flight from Kaduna at about 10:15am and we received him together with government protocol officials.”

According to Saidu, the government officials who received the CPC national leader at the airport informed him the wedding had been shifted further by one hour so he proceeded to a friend’s house in the state till 12 noon when he will leave for the ceremony.

“We also phoned several government officials to confirm and they said that it was rescheduled for 12:00 o’clock” the state CPC chairman stressed.

“While we waited, we did not suspect any foul play. Then about quarter after eleven a top government official asked us to come to the emirs palace, that the wedding was about to take place. So we arrived at the emirs palace around 12 noon and by then all important guests had departed.

“We don’t know who was responsible for this false information, but we believe it was a political ploy to stop Buhari  from attending the wedding” he concluded.

Alhaji Saidu said on arrival at the emir’s palace a mammoth crowd cheered the CPC leader who met with the emir and left.

But in its reaction, Deputy Chief Press Secretary to the Bauchi State Governor, Alhaji Danlami Baban Takko denied the allegation that government officials tricked the former head of state and led him to miss the event he travelled all the way from Kaduna to attend.

While confirming that Buhari was received on arrival at the airport by government protocol officers “as directed by Governor Isa Yuguda” with full compliments accorded a former Nigerian leader and very important guest for the wedding, Baban Takko said the officials had requested to take Buhari to the government lodge “where very important dignitaries like former Head of State General Abdulsalami Abubakar, former Vice President Atiku Abubakar, Aliko Dangote, Speaker Aminu Waziri Tambuwal and some state governors were kept” but that CPC officials prevented him from going there.

The deputy chief press secretary noted that government had provided three executive buses that took all important dignitaries to the venue of the wedding and nobody stopped Buhari from joining them.

While dismissing the CPC’s allegation that government officials misled Buhari on the timing, he said: “I am not aware that somebody told General Buhari that the wedding was shifted to another time. But as far as Bauchi State government is concerned he was received with honour and nobody prevented him from attending the wedding.”