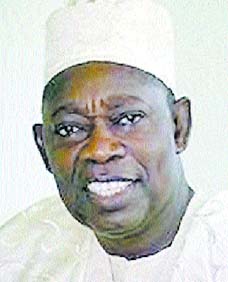 The Special Adviser to the Governor on Media, Dr. Festus Adedayo, in a statement said the government declared the day, earmarked as Democracy Day, to remember the anniversary of the June 12, 1993 elections, which was believed to be the freest and fairest election in the electoral history of Nigeria.

The results of the election which was generally believed to have been won by the late Chief MKO Abiola was annulled by the then military President, Gen. Ibrahim Babangida.

The state government said the anniversary was also in recognition and honour of the martyrdom of Abiola, who laid down his life for Nigerians to enjoy the democratic dividends of today.

In the same vein, the Ondo State chapter of the Afenifere Renewal Group said on Monday that it had perfected plans to hold a lecture as part of a series of activities marking the 20th anniversary of the annulment the June 12, 1993 presidential election won by Abiola.

The lecture, according to the ARG Coordinator in the state, Dr. Bayonile Ademodi, would be delivered by a distinguished Senator, Babafemi Ojudu.

Similarly in Lagos, the former general secretary of the National Union of Petroleum and Natural Gas Workers, Chief Frank Kokori, was on Monday announced as the guest lecturer at an event being organised by the Lagos State Council of the Nigeria Union of Journalists, to mark the 20th anniversary of the June 12, 1993 presidential election. [Punch]