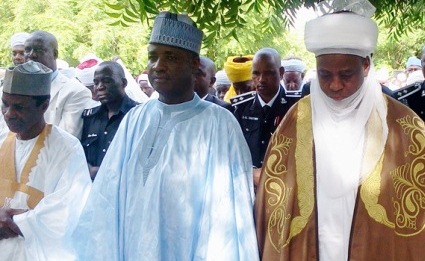 Ahead of the Ramadan fast starting in July, Sokoto state government has reiterated its warning to Islamic clerics in the state who do not have licences against preaching.

This warning was issued by the state’s Committee on Religious Preaching and Establishment of Jummat Mosques during its meeting in Sokoto yesterday.

Chairman of the committee, Sheikh Buhari Siridawa, said the warning became necessary to ensure that preachers do not cause confusion and division among Muslims.

Sheikh Sirdawa, who is also the Sarkin Malami Sokoto, said, “no Islamic preacher would be allowed to preach without obtaining license”.

According to him, anyone found in violation of the warning would be held liable.

He called on those in the habit of creating confusion to fear Allah and preach in accordance with the traditions of the prophet.

The committee chairman also urged Islamic preachers who have been granted license to justify the confidence reposed in them and promote unity among Muslims.

Also speaking, secretary of the committee, Adamu Garba, said a total of 60 Islamic preachers have been screened from January till date.