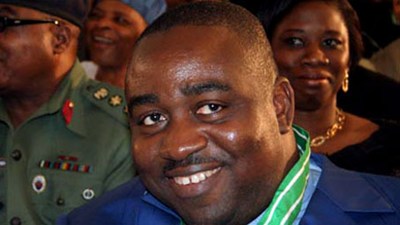 Governor Gabriel Suswam of Benue State yesterday said he did not commit any mistake by withdrawing his membership from the Northern States Governors Forum as posited by his Kano State counterpart, Rabiu Musa Kwankwaso.

Kwankwaso had in an interview with newsmen in Abuja on Monday said the withdrawal from the Forum by Bauchi State Governor Isa Yuguda and Suswam was a political blunder that could come back to haunt them later in the future.

A statement by Suswam’s Special Adviser on media and publicity, Cletus Akwaya, described the statement by Kwankwaso as misleading and intended to undermine the integrity of the governor by portraying him as a leader who is against the interest of his people and political interests of the North.

“Governor Suswam wishes to state in very clear terms that on the contrary, he is a leader that takes decisions carefully and weighs the implications on his people. His decision to withdraw from meetings of the Northern Governors Forum was also well thought out and taken in the overall interest of the people of Benue State who he represents as well as the people of the old Northern Region of which Benue people are a proud part.”

Suswam, Akwaya noted, stands by his decision to withdraw his attendance from NSGF meetings “because of the mistrust created by betrayal by some members of the forum and would continue to maintain that stance for as long as the unacceptable situation prevails.”

He said: “This position, rather than being a mistake as Governor Kwankwaso described it, was a carefully thought out position informed by the principle which places personal and institutional integrity far and above other political considerations such as the personal desire to win elections.”