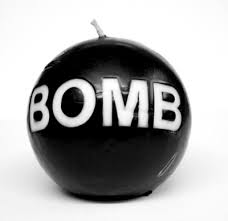 What could have been a tragedy was averted at the Umuoma Autonomous Community in Owerri West Local Government Area of Imo State at the weekend when indigenes uncovered an undetonated bomb buried in a family compound since the civil war years.

The bomb, suspected to have been deployed during the Nigerian civil war between 1967-1970, was buried deep in the soil in one Igbokwe’s compound at Ukwo-Umuoma.

It was learnt that the bomb was uncovered after several days of rainfall washed away the top soil, exposing its edge.

While it was unclear if the bomb was laid by the Nigerian troops or their Biafran counterparts, a source said the area was the base of Biafran troops when Owerri sector fell to Federal troops during the war.

One of the villagers who narrated how it was found out, said some children were playing in the compound after the rain when one of them observed “a strange object” buried in the soil with a part of it exposed.

According to the source; “The people in the compound did not know that they have been living with a destructive weapon for over 40 years.”

It was learnt that upon discovery, the people raised the alarm which attracted passers-by who on closer examination suspected it to be an explosive and reported their findings at a nearby police station.

A police source said that the ordinance unit of the State Police Command was contacted to detonate the bomb.

“The police bomb experts detonated the bomb at a nearby bush,” the police source said.

The incidence was confirmed by the state Police Public Relations Officer, Joy Elemoko.