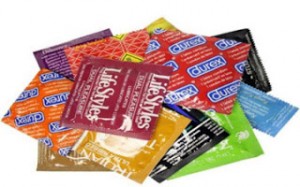 The Secretary-General of the Catholic Secretariat of Nigeria, Rev. Fr. Ralph Madu, made this clarification in a response to an enquiry by newsmen on Sunday.
He said, “The Catholic Church believes that modern means, including the use of condòms is morally bad because it impedes normal procreation. You can meet with your wife when you do not want children and those periods when the woman is not fertile instead of having to destroy the sperm and all other forms of artificial prevention.
“They are very artificial means and they do not really give the moral lesson that borders around the use of the sèxual organs.
“The one that gives you the opportunity to exercise your sèxual urge without the consequences is the natural method and the church says you should go for the natural means.”
According to him, the excuse that it reduces the spread of HIV/AIDS remains invalid and untenable, adding HIV/AIDS is a disease that is prevalent among young people.
Madu added, “When you are talking about condòm among young people, you are also talking about promiscuity. People have adduced arguments in case of people with HIV/AIDS and especially couples who do not want children. The use of condòm and other modern means are being bastardised among young young people because they will resort to the use of condòm so that they can have sèx freely without impregnating the woman or getting pregnant.
“Those are various artificial means and the church is strongly against them. Instead, the church endorsed the natural method of copulation.”
KLNEWS