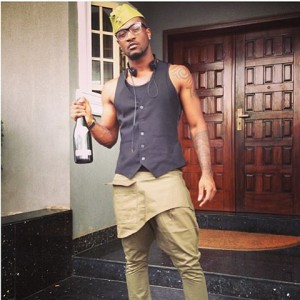 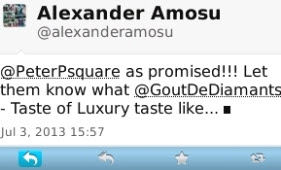 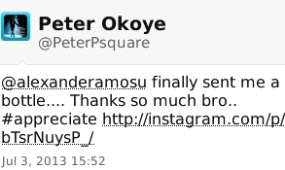 Almost a month after Don Jazzy got the first bottle of the N300million Goûtdediamants champagne from luxury millionaire designer, Alexander Amosu; Peter Okoye of the duo P-Square has finally gotten his.

Amosu publicly made the promise to gift Peter Okoye one bottle on Twitter but funny enough Don Jazzy got one first, even though no public promises were made. At least we now know where is loyalty lies.