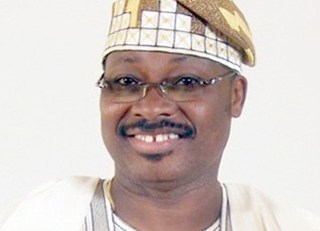 If the words of Governor Abiola Ajimobi of Oyo State is anything to go by, the Progressives would rule the state for the next 50 years and in the process, finally seal the fate of those he called reactionary elements.

Mr. Ajimobi made this known at a ceremony to receive hundreds of decampees from Peoples Democratic Party (PDP) and Accord Party from Ibadan North Local Government Area of the state into the ruling Action Congress of Nigeria (ACN) in Ibadan.

The decampees, comprising mostly of political office holders during the administrations of Senator Rashidi Ladoja and Chief Christopher Alao-Akala, hinged their decision to join ACN on what they termed the brilliant performance of the governor in the last two years.

Ajimobi, while speaking at the ceremony held at Awolowo Avenue, Bodija in Ibadan which drew the presence of members of the state Executive Council, the state party executives and party stalwarts, hailed the decampees for deciding to join the ruling party.

While welcoming them into the fold, he urged them to see themselves as part of ACN, promising that they would not be discriminated against as the party belonged to all. He also advised them to shun forming their own groups but rather fully integrate into the party.

Governor Ajimobi took the opportunity to congratulate the people of the state for enthroning a progressive party during the 2011 general elections just as he expressed happiness that the performance of his administration in the last two years had justified the confidence reposed in the progressives.

“With this brilliant performance and the turning around of Oyo State, the reactionary elements have finally been sacked in the state. By the grace of God, the progressives will rule this state for the next 50 years,” he boasted.

The decampees promised to work hand in hand with other members for the success of the party in future elections.