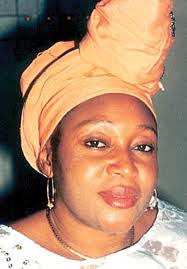 Alhaji Lateef Sofolahan, a former personal assistant to late Kudirat Abiola, wife of late Chief M.K.O Abiola, has been discharged and acquitted of her murder in a unanimous decision by the Court of Appeal in Lagos.

The judgment of the appellate court overrules that of the Lagos High Court, which sentenced him and Major Hamza Al-Mustapha to death by hanging.

Justice Rita Pemu, who read the lead judgement, held that there was no direct circumstantial evidence as that presented by prosecution witnesses in that regard were contradictory.

The convicts were arraigned in October 1999 on a four-count charge bordering on conspiracy and their involvement in the June 4, 1996 murder of Kudirat along the Lagos-Ibadan expressway.

Justice Mojisola Dada of the Lagos High Court had found them guilty of the charges and accordingly convicted and sentenced them to death by hanging on January 30, 2012, but counsel to the appellants, Mr. Joseph Daudu (SAN) and Mr. Olalekan Ojo had 24-hours after the sentence of the convicts, challenged the judgment at the Appeal Court.

In the notice of appeal, the appellants held that the death sentence handed by the lower court was unwarranted, unreasonable and a manifest miscarriage of justice.