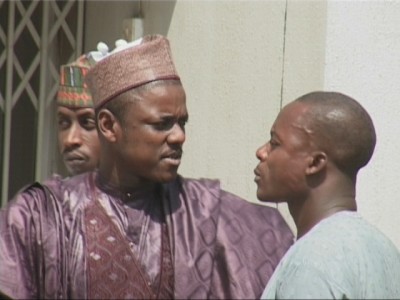 Justice Fatu Riman of the Federal High Court, Kano, on Friday convicted Aminu Sule Lamido, the 34-year old son of Jigawa State governor, Sule Lamido, who is being prosecuted by the Economic and Financial Crimes Commission (EFCC) for offences bordering on money laundering and ordered him to forfeit 25 per cent of the undeclared sum of $40,000.

However, Aminu won’t be serving any jail term as he will walk free after forfeiture of the 25 per cent of the undeclared sum as ordered by the court.

The governor’s son was arrested on December 11, 2012 at the Malam Aminu Kano International Airport en route Egypt by operatives of the EFCC for falsely declaring $10,000 to the Nigerian Customs Service instead of the sum of $50,000 in his possession.

When questioned on his destination with the said undeclared sum, Aminu claimed it was payment for his daughter’s treatment in an Egyptian hospital.

Subsequently, he was arraigned before Justice Riman on Monday February 4, 2013, but pleaded not guilty to the charge and was remanded in prison pending hearing of his application for bail.

The charge against the accused reads: “That you Aminu Sule Lamido on or about 11th day of December, 2012 at the Mallam Aminu International Airport, Kano within the Jurisdiction of the Federal High Court while transporting in cash, the sum of $50,000 (Fifty Thousand Dollars Only) from Nigeria to Cairo, Egypt, falsely declare to the Nigerian Customs the sum of $10,000 (Ten Thousand Dollars Only) instead of the said sum of $50,000 (Fifty Thousand Dollars Only) as required under Section 12 of the Foreign Exchange (Monitoring and Miscellaneous Provisions) Act Cap F34 Laws of the Federation of Nigeria 2004 and Section 2(3) of the Money Laundering (Prohibition) Act, 2011 and thereby committed an offence punishable under section 2(5) of the Money Laundering (Prohibition) Act 2011”.

At the resumed hearing on February 5, 2013, the accused person was granted bail in the sum of N8million and two sureties in like sum.

In the course of trial, the court listened to testimonies from four prosecution witnesses and admitted tendered documents as exhibits while the defence called on two witnesses; the Chief Press Secretary to the Jigawa State Governor, Umar Kyare and the wife of the accused, Samira Aminu Sule.

At the last adjourned date, July 9, the court reserved ruling for July 12, after the parties had closed their cases and adopted their written addresses.

In convicting the accused person, Justice Riman held that the defence had proved its case beyond reasonable doubt.