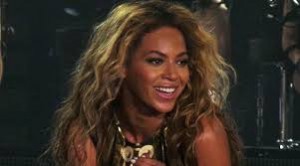 Beyonce is usually professional on the most part but sometimes she just can’t help unleash her inner fierce diva, recently telling off a fan who wasn’t singing along to one of her biggest hits during a concert on her ‘Mrs. Carter Show’ tour.

The ‘Grown Woman’ singer brought her world tour to Atlanta’s Gwinett Center Arena on July 12 and while she seemed to be in good spirits for the most part, Beyonce was clearly not in the mood to take nonsense and scolded a fan for not paying attention.


During the segment of the show where she travels to the middle of the arena to sing her 2006 hit ‘Irreplaceable’ in the middle of her large audience, Beyonce offered the microphone to several concert-goers to sing along to the lyrics, however, she was far from impressed when she shoved the mic in a fan’s face only for him to mumble the words in a bid to concentrate on filming the super star.

“You can’t even sing because you’re too busy taping,” Beyonce can be heard telling the fan who is clearly in awe of her.

“I’m right in your face, baby. You gotta seize this moment. Put that damn camera down!” After pushing his hand holding the camera away, Beyonce gives him another attempt to sing into the mic before saying: “Yes, that’s much better,” she said.