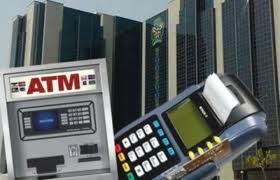 The moderated cash-less policy of the Central Bank of Nigeria (CBN) commenced today in the Federal Capital Territory (Abuja) and five other states.

The other states where the policy expectedly took-off today are Abia, Anambra, Kano, Ogun and Rivers states.

Ahead of its July 1 take-off date, it was learnt that customers were advised by their banks through emails, text messages and formal letters, to embrace the alternative payment platforms.

The policy, which was first introduced in Lagos State, is aimed at encouraging the use of electronic-based transactions instead of cash payments for goods, services, transfers, among other services.

The implementation of the policy in the nation’s commercial nerve centre began January 1 2012 to a lot of skepticism but over time, it recorded improvements in the use of Point of Sale (PoS), Automated Teller Machines (ATMs) and other e-payment tools.