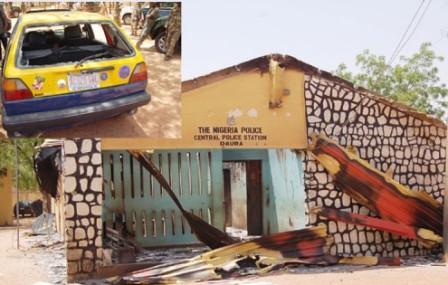 The Katsina State Government has presented the sum of N12.5m to the families of the slain soldiers and policemen in a coordinated attack in Daura town, two months ago by unknown gunmen.

Information Nigeria recalls that three soldiers and two policemen were killed while five others were injured during the attack that affected Access, Unity, First and Keystone banks as well as two police stations including Daura central police station.

Presenting the cheques to the families of the deceased yesterday, Governor Ibrahim Shehu Shema, while giving a breakdown of how the money was shared, said the families of those killed were given N2m each while those injured received N500, 000 each.

The governor, however, stressed that the money given to the families of the deceased was not compensation for the lives of their beloved ones.