The member representing Ekiti Central Federal Constituency I in the House of Representatives, Mr. Opeyemi Bamidele, has vowed to go ahead with his plan to contest the gubernatorial election in Ekiti state despite the decision of leaders of his party, the Action Congress of Nigeria (ACN), against such move.

Bamidele, who spoke to newsmen on Saturday in Ado Ekiti, the state capital, noted that the national leader of the ACN, Senator Bola Tinubu cannot stop him from contesting eyeing the Ekiti Government House in 2014 saying “the  Tinubu that I know will not take any step that will undermine democracy, so what was reported was not what Tinubu said. Tinubu that I know will want Ekiti people to take their own decision and not impose on them.” 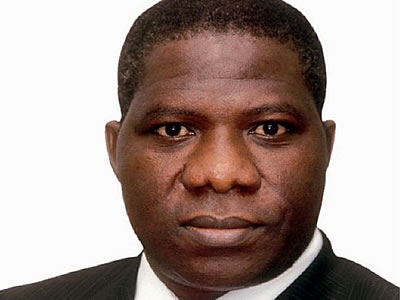 The former commissioner in Lagos state during the administration of Bola Tinubu stressed that he decided to shelve the celebration of his 50th birthday on July 29th in honour of Ekiti people, who he said “are still languishing in poverty and I cannot be celebrating birthday in the midst of poverty.”

The Ado Ekiti/Irepodun/Ifelodun constituency representative in the National Assembly, who addressed his supporters at his new situation office in Ado Ekiti on the platform of his Ekiti Bibiire Coalition, insisted that nobody, including his former boss, Tinubu could  stop his ambition adding that he was unperturbed by the purported endorsement of Governor Kayode Fayemi by leaders of the ACN.

According to him, “It is only God that crowns the king,” pointing out that he could not drop his political ambition on the premise of mere command from anybody.

Reacting to the peace parley initiated by Tinubu and national chairman of the party, Chief Bisi Akande, where Fayemi was endorsed, Bamidele , said “I was invited for the meeting but I got the text message late. But my argument still remains that Tinubu did not endorse Fayemi at the meeting.”

He said: “Nobody can stop me from contesting the Governorship election. I cannot fight with Tinubu just like it is not compulsory that we should agree on everything at all times.

“I will always respect my benefactor and Senator Tinubu is my benefactor whom I respect so well. But Ekiti is first on my agenda. But Tinubu that I know want the best for Ekiti. If I could work for him for eleven and half years to make Lagos State a model, then I know he will want somebody like me to work with the people to make Ekiti a model.”

Mr. Bamidele, however, did not mention the political platform under which he would advance his gubernatorial ambition, saying he will make it known soon.

Reaffirming his enormous respect for the ACN leader, the federal lawmaker revealed that his decision to contest the election was not out of his own personal conviction, but based on the requests of Ekiti people.

Consequently, he stated that he would not be desperate in his bid to become the governor of the State and would not resort to violence or intimidation of his political opponents in the name of politics.

As if to confirm that he was only obeying the wish of his supporters, Bamidele asked them “Were you not the one that called me to come and contest?” to which they answered that “We were the one”.

He then appealed to them to be civil in their approach in the face of provocation even as he asked Fayemi to stop dropping Tinubu’s name to campaign in the state, saying he should be man enough to bear his own political cross.