Home Metro News I Can Now Walk Around And Do Things On My Own Without...
Facebook
Twitter
WhatsApp 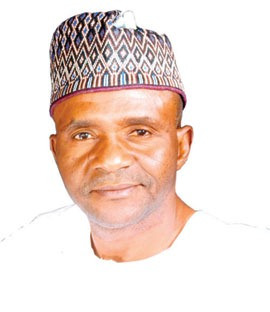 The Special Adviser on Media and Publicity to ailing Governor Danbaba Suntai of Taraba State, Silvanus Giwa, yesterday dispelled rumours that his boss had gone blind as a result of injuries sustained in a self-piloted aircraft last year warning those peddling the story to desist forthwith.

Giwa said such unfounded rumour is capable of creating confusion in the minds of the people and urged Tarabans to ignore it.

“When our governor called me last Sunday during his 52 years birthday anniversary, he asked me to tell Tarabans that God has really answered their collective prayers. He said I should tell them that he has fully recovered and that he can now walk round and do certain things on his own without the support of anybody”, he said.

Mr. Giwa added that the acting governor, Alhaji Garba Umar, who only just returned from a trip to the US recently where he met the governor, confirmed that there was significant improvement in Suntai’s health condition compared to when he visited him in Germany and commended him (Umar) for footing the hospital bills of his boss right from the day of the crash till date.

Giwa said the acting governor had completed a number of projects across the state, adding that plans have been finalised to construct 20 kilometer roads in each of the 16 local government areas of the state.

He also noted that the Takum General Hospital project which was initiated by the Jolly Nyame administration and continued by Suntai, is billed for commissioning by the acting governor soon.