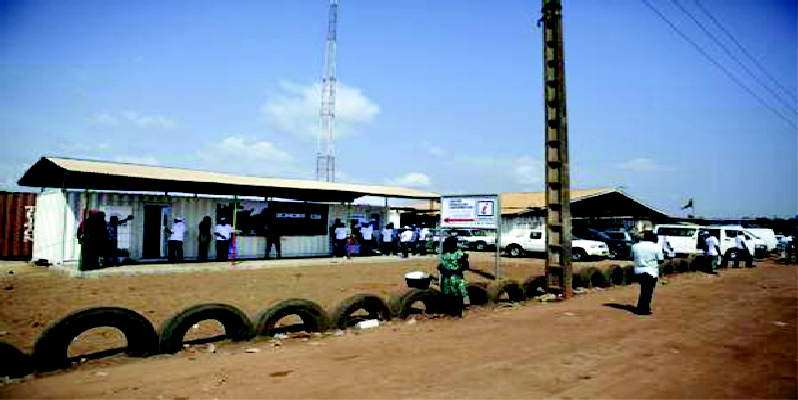 According to police authorities, sixty per cent of the 5,000 people seen milling around the Seme border, Badagry, on daily basis, are criminals.

Aside attacking travelers, the police claimed that they are involved in smuggling of various items through unapproved routes into the country.

This was the assertion by the Divisional Police Officer (DPO) Seme Border, Chief Superintendent of Police Mu’Azu Mohammed, while addressing representatives of the European Union (EU) and the African Union (AU).

The EU and AU representatives were on an inspection tour to see the extent of work done at Seme Border at the weekend.

CSP Mohammed stated that some of the criminals are cripples who ferry smuggled items from Benin Republic into Nigeria using self made tricycles.

“Most of those who live along the border line feel it is their right to engage in smuggling business, of course without interruption from security agents,” he added.

He further stated that the recent uprisings in countries like Libya and Mali have also made light weapons and small arms readily available to smugglers.

The police officer maintained that lack of proper demarcation of the border was responsible for some of the challenges confronting security operatives in Nigeria and Republic of Benin.

In his words: “The ongoing reconstruction work at the border has not helped matters. We were told that it would be completed in 15 months, but it has taken far beyond that, yet there is no hope in sight”.

To effectively police the border, CSP Mohammed advised that monitors and security cameras should be installed just as he urged government to introduce a standard toll system.