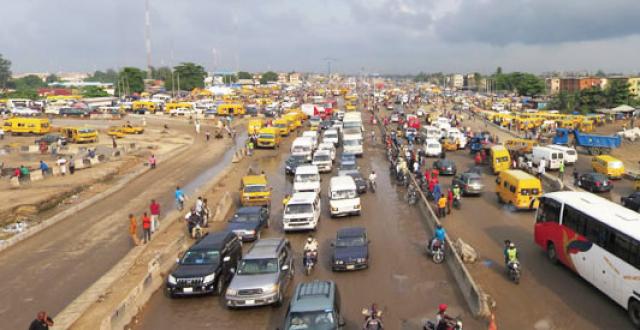 Emergency repair works would be carried out on portions causing gridlock on the Lagos-Ibadan Epressway, the Federal Controller of Works, Lagos State, Oluwatoyin Obikoya, has said.

The News Agency of Nigeria (NAN) quoted Mr. Obikoya as saying on Sunday, “The contractors are not folding their arms; the bottlenecks at Ibafo area on the Lagos-bound lane will be cleared.

“Julius Berger will carry out emergency repair of those sections so that motorists would enjoy smooth ride and not spend long time on that road again,” he said.

The controller said logistics were being put in place for the commencement of the reconstruction of the road.

The reconstruction, awarded to Julius Berger and Reynolds Construction Company (RCC) Nig. Ltd., was flagged off at a colourful ceremony by President Goodluck Jonathan on July 5.

“When a contract is awarded, the contractor usually has to build a site yard which involves acquiring land and clearing trees and grasses.

“It has to build an office, establish a quarry, an asphalt plant and all other necessary things,” he explained.

Mr. Obikoya said the process could take up to one month or more.

He said that the contractors’ major challenge was land acquisition.

He, however, said that there had been negotiations with land owners for release of some portions.