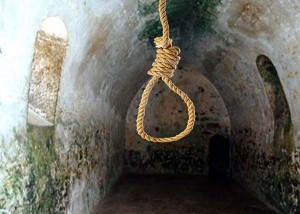 A lawyer has approached the Supreme Court of Pakistan to stop the government from bringing back the death sentence which was disbanded in 2008.

Pakistan’s interior ministry has written a letter to the President of Pakistan seeking his permission to execute 400 condemned prisoners who were given death sentences.

Barrister Zafarullah filed the petition in the Lahore register of the Supreme Court.

“The interior ministry letter is unconstitutional and it also amounts to contempt of court,” Zafarullah said.

The court intended to bring back the death sentence to tackle the worsening law and order situation in the country.

However, Amnesty International has said there is no compelling evidence to suggest the death penalty acts as a deterrent in capital crimes compared to other forms of punishment.

The rights group last week urged the Pakistani government not to resume the execution of prisoners but and instead put a freeze on the death penalty as a first step towards abolition.

The Amnesty call came after media reports stating the new government, led by Prime Minister Nawaz Sharif, might move rapidly to resume state killings in response to the prevailing law and order situation in the country.

“Any government green light to resume execution in Pakistan would be a shocking and retrograde step, putting thousands of people’s lives at risks,” Polly Truscott, the deputy chief of the organisation in Asia Pacific said in a statement.

Pakistan has more than 8,000 prisoners on death row, most of whom have exhausted the appeals process, and could now be facing execution.

A presidential order putting a freeze on the death penalty was issued in 2008 but the order expired on June 30 with no official announcement of any further extension.